We’re headed for a post-work world. But we must first dismantle what work means to us. 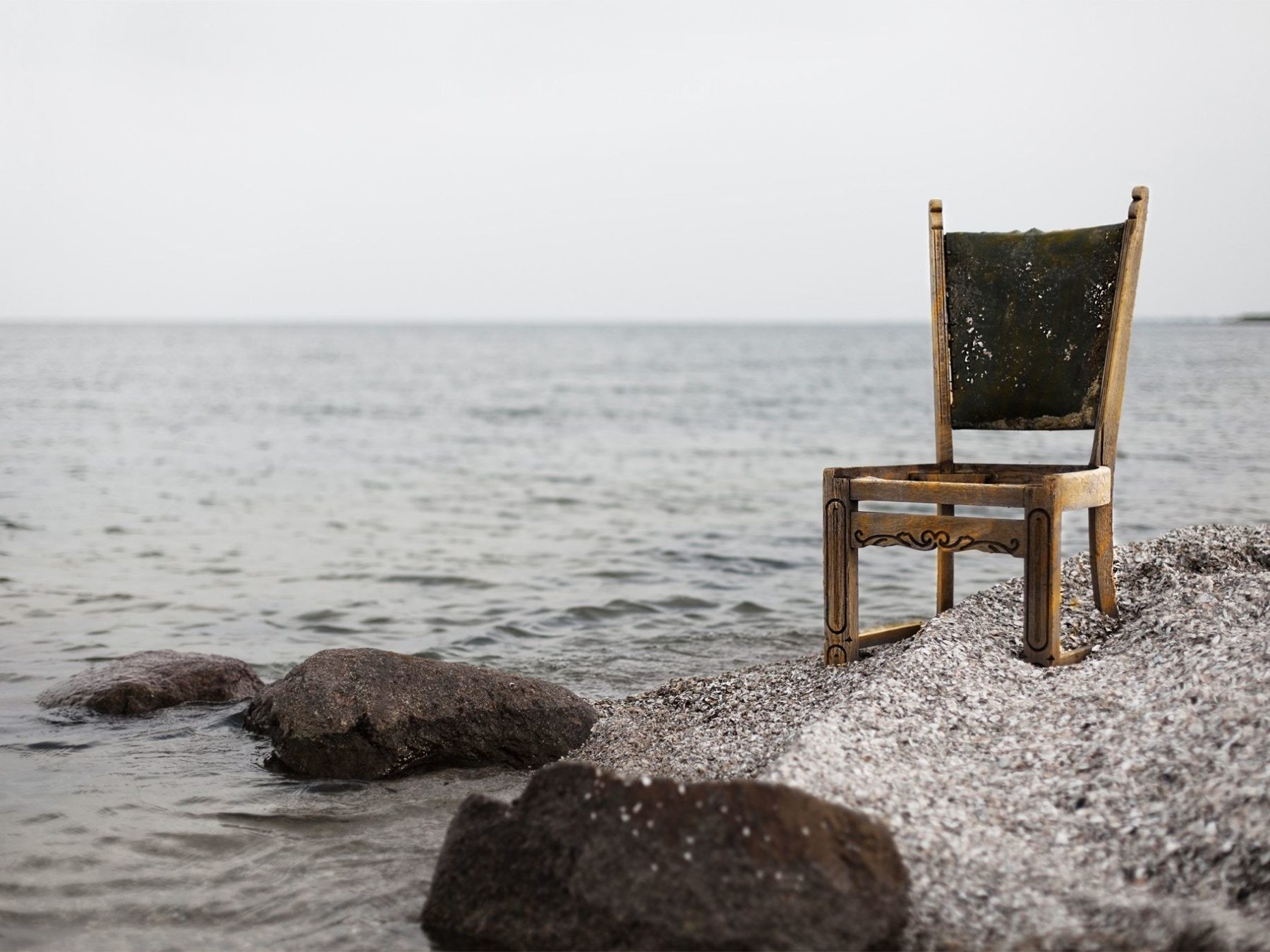 I recently stumbled on this brilliant essay about the future of work through the wonderful Dense Discovery newsletter (well worth a subscribe, BTW).

In it, professor James Livingston lays out the economic and cultural dilemma America — and the rest of the world — is facing, as we are forced to to grapple with the idea of a post-work world.

The truth is, as Livingston so articulately describes, that the idea of employment is no longer serving most of us.

Our traditional understanding of work is that it makes us feel responsible and purposeful, it builds character (punctuality, initiative, honesty, self-discipline, and so forth), and it pays the bills.

But it doesn’t pay the bills, does it? As Livingston points out:

Don’t take my word for it, look at the numbers. Already a fourth of the adults actually employed in the US are paid wages lower than would lift them above the official poverty line — and so a fifth of American children live in poverty. Almost half of employed adults in this country are eligible for food stamps (most of those who are eligible don’t apply). The market in labour has broken down, along with most others.

So the economic concept of “full-employment”, that so many politicians both Left and Right aspire to, isn’t a real solution. Even if all the jobs lost in the last recession came back, they would simply be employing more people into poverty.

So this Great Recession of ours — don’t kid yourself, it ain’t over — is a moral crisis as well as an economic catastrophe. You might even say it’s a spiritual impasse, because it makes us ask what social scaffolding other than work will permit the construction of character — or whether character itself is something we must aspire to. But that is why it’s also an intellectual opportunity: it forces us to imagine a world in which the job no longer builds our character, determines our incomes or dominates our daily lives.

Our old expectations for work are no longer plausible, because there isn’t enough work to go around — that will only get worse with automation and AI — and many of the job that do exist aren’t enough to keep people afloat (let alone satisfied).

It’s no wonder that other more fluid forms of work, like freelancing, are exploding in popularity. People recognise this system isn’t giving them what they need, and they are scrambling for alternatives. They are trying to build their own definition of work, because the current definition is suffocating them.

It used to be that hard work was seen to go hand-in-hand with income. That somehow your would be rewarded proportionally for the amount of honest work that you performed. “You rightly receive what you’ve honestly earned”, and all those old homilies. Throughout many times in history this has been roughly true. But it’s getting less and less true every day. In fact, it now sounds delusional. As Livingston writes:

When we place our faith in hard work, we’re wishing for the creation of character; but we’re also hoping, or expecting, that the labour market will allocate incomes fairly and rationally. And there’s the rub, they do go together. Character can be created on the job only when we can see that there’s an intelligible, justifiable relation between past effort, learned skills and present reward. When I see that your income is completely out of proportion to your production of real value, of durable goods the rest of us can use and appreciate (and by ‘durable’ I don’t mean just material things), I begin to doubt that character is a consequence of hard work.

Meanwhile, Wall Street bigwigs and other one-percenters, are earning more and more, by doing less and less tangible work.

While I’m barely making ends meet from the earnings of my full-time job, I realise that my participation in the labour market is irrational. I know that building my character through work is stupid because crime pays. I might as well become a gangster like you. [Drug dealers, or Wall Street!]

So honest workers can see that their efforts are no longer being rewarded, while other’s who find ways to cheat the system are hogging all the spoils. If that’s what capitalism gives us, why participate?

There are the optimistic startups hoping the change the world and make billions doing it, but most of them fail faster than traditional new businesses do. For the rest of us who don’t have the privilege or opportunity to try to take a shortcut to striking it rich, is there anything left that seems remotely just or fair about today’s job economy?

There’s also the interesting observation that work has traditionally be used as a way define gender and race. Livingston explains:

Work has been a way of demonstrating differences between males and females, for example by merging the meanings of fatherhood and ‘breadwinner’, and then, more recently, prying them apart. Since the 17th century, masculinity and femininity have been defined — not necessarily achieved — by their places in a moral economy, as working men who got paid wages for their production of value on the job, or as working women who got paid nothing for their production and maintenance of families.

A “man’s work” was labour, while a “woman’s work” was education, healthcare, and family-raising. The idea of fatherhood and motherhood have been, until the last few decades, intimately entwined with their place in the capitalism economy. Now we see those roles being torn apart and re-defined, but those deep-rooted associations won’t disappear overnight. The good news is, this shift makes way for a lot more “socially beneficial” labour (what used to be mostly women’s work) to become a primary part of our economy and social fabric.

When work disappears, the genders produced by the labour market are blurred. When socially necessary labour declines, what we once called women’s work — education, healthcare, service — becomes our basic industry, not a ‘tertiary’ dimension of the measurable economy. The labour of love, caring for one another and learning how to be our brother’s keeper — socially beneficial labour — becomes not merely possible but eminently necessary, and not just within families, where affection is routinely available. No, I mean out there, in the wide, wide world.

Work has also been used as tool for racial discrimination. Slave-labour, convict-labour, sharecropping, and segregated labour markets are entrenched in the darker parts of our history. When the definition of “work” continues to change, it should open up new opportunities for historically discriminated minorities, immigrants, and other groups that have been left behind by our current economic system.

What do we do if we don’t do jobs?

So the impending end of work raises the most fundamental questions about what it means to be human. To begin with, what purposes could we choose if the job — economic necessity — didn’t consume most of our waking hours and creative energies? What evident yet unknown possibilities would then appear? How would human nature itself change as the ancient, aristocratic privilege of leisure becomes the birthright of human beings as such?

We won’t be able to answer those questions until we see that work now means everything to us. It completely defines us and our place in society. But it cannot anymore, because it doesn’t deliver like it used to. It’s not sustainable.

We must decouple our identity from our work, so we can imagine a world where work and leisure may be one and the same, or at least equal parts in the balance of our lives.

Can you imagine the moment when you’ve just met an attractive stranger at a party, or you’re online looking for someone, anyone, but you don’t ask: ‘So, what do you do?’

Jobs are not the answer. We cannot save the economy with more jobs, because jobs are getting exponentially worse. We need a complete reimagining of what work should be, how that affects our identity, economy, and culture, and how we can allow all people (not just the 1%) to decouple their earnings from tangible work performed. The amount of traditional “work” available is getting less and less, just as all finite resources do. The sooner we shift our definition of work way from “jobs”, the better.

How I’m making it work

For me, freelancing is my one step closer to the future of work. I’ve been doing it for 17 years and there’s nothing better.

Yes, my earnings are still roughly connected to my time spent working (and I’m trying my best to shift towards decoupling that or finding other more passive sources of income). However, the way I work fits with the lifestyle I want to live, rather than my job dictating my lifestyle.

I strongly encourage you to read Livingston’s essay in its entirety. Despite being a few years old it’s still a very poignant piece about the current state of our society, economy, and where we must go next. 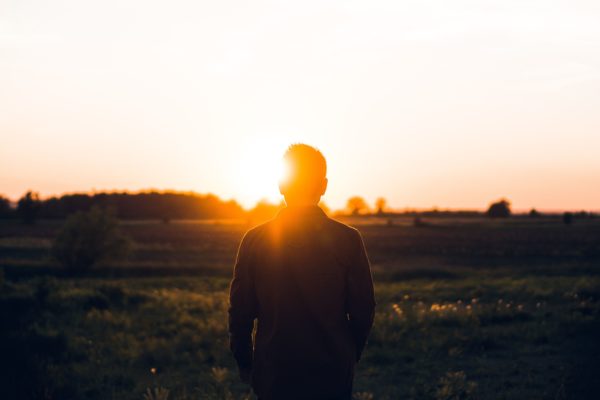 Should work be “fun”?

What do today’s generations really crave in a career? 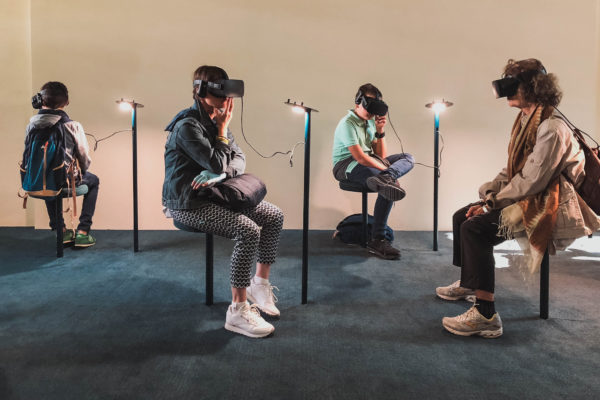 “Adulting” and Critical Thinking Are Education for the Future of Work

Higher education is failing, but don’t fret. A handful of skills will make you good at anything your curvy career path may throw your way. 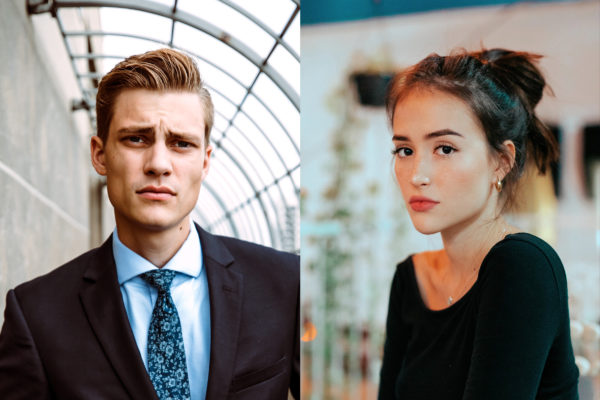